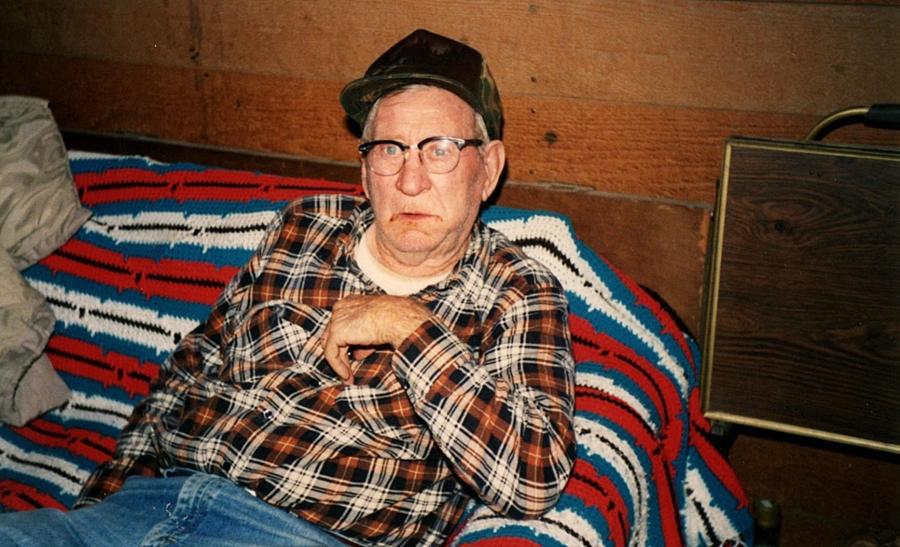 He worked at the local grain elevator by trade, but that’s not who he really was: he was a music man by heart. Although most of that music had faded from his life long before I was old enough to know the difference between my siblings and the family cat, I still remember the occasional gatherings of his old crew. They would sit beside a bonfire on a warm Saturday night, drink Schlitz beer from the can, and cuss like nothing I’d ever heard before. They shared their stories freely, a few might have been true, but most probably weren’t. My mom always said that the first liar in that group definitely didn’t stand a chance.

They played real music. The kind that you knew came from somewhere deep inside them. He managed to keep it well hidden most of the time, but every once in a while he would let it out, and when he did, it soared. On those special nights, I would ride along on the notes of their music until I was no longer in my small town of Wakenda, but somewhere distant and foreign. I floated gently on the rhythms of their instruments until dreams overtook me. I could tell from his voice that he was singing a lament to the boy of his younger days, traveling the country with his band. However, those days were gone now, replaced by the responsibilities of fatherhood.

The rest of the world saw him as just another, gray, grizzled, old man with dark stains, from tobacco juice, at the corners of his mouth. As the music swelled though, he appeared to physically change. His hands regained the agility of youth. His fingers twisted from age, that could barely grip his beer can, now would fly up and down the strings of his guitar with ease.

He quickly became that young boy and with every verse, his voice did a little flip on the end. It was nearly impossible for me to control myself. I wanted to jump up and start singing and dancing ‘the Wakenda stomp’ with him. I really had no idea how far into the night they played. Their music would carry me along on some journey until his voice would lull me into the darkness of sleep. When I woke up the next morning, they’d be gone.

I’ll always remember his advice to me. On one of those nights as the light from the bonfire danced in his pale blue eyes, he gently squeezed my shoulder and said, ”Remember son, every now and then you have to sing, dance, and howl at the moon.”

That was my moment with my father. I didn’t have to share it with any of my brothers or sisters. It was mine and I kept it.

This site uses Akismet to reduce spam. Learn how your comment data is processed.

Times and Tides of a Beachwriter

Drift among the scribbles of writer Janet Gogerty

life through one female Asperger's lens

“Beautiful creatures created by God aren’t easily fetched. If they are fetched, its not a coincidence, it’s the destiny that made us unite.” -Simran Totlani

A Little Writing Workshop of Horrors.

A mind full of illusions

do it your way.

Confessions of a Doctor to be
The unspoken

The Unspoken Words Worth Writing Down

My Thoughts My Prayers My World

Life in Copenhagen, Denmark, after moving during Covid-19.