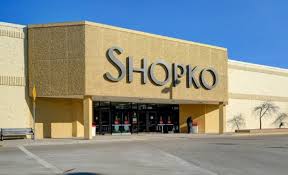 I saw a post the other day, more than likely as I was trolling Facebook, about a retail chain filing for Chapter 11 bankruptcy and will be closing the local store. Their comment said that it was closing because their prices were too high. So being the busy body that I am I thought it prudent to butt in, as the Backyard Poet so often does, and leave my precious two cents worth. Although I realize that by today’s standards is only worth about half a cent.

Now, I know a little bit about the company that the post was referring to because I happen to work for that chain. I know it cost X amount of dollars just to keep the lights on, heat going, employees working, rent the building, etc. I know that of the 363 locations owned by this company it is closing 100 underperforming stores.

The key word we have to understand here is underperforming. If you don’t have enough people come into the store and buy more than it costs to stay open then you have an underperforming store. Not because the prices are too high but because they are not making a profit. That’s business 101.

I’ll lay it out in plain and simple language; it means that, not enough people shopped there. People decided it was better to drive the 40 or 50 miles to shop at the local Walmart or just buy online, all in the name of saving a penny or two.

Now years ago we faced the same dilemma as big retail stores pushed the ‘mom and pop’ stores right out of town. We chose then to shop at the new mega mall so we could save a few dollars. Oh we yelled and screamed about how corporate America was forcing out the little man as we loaded our carts with frozen strawberries, 10 lb. packages of hamburger in a tube, and stopped by the in-store pharmacy on the way out.

Now, those same big retailers like Target, Walmart, and Amazon have their sights honed in on the mid-sized retail chains. If we, the consumer, don’t do something about it then it’s my belief that within 5 to 6 years, they too will succumb to the same fate. If you don’t believe me, just take a look at the retail world of 2018.

There were more than 5000 store closings in 2018 and that’s coming off a banner year for store closing in 2017. Some examples of stores closing due to underperforming sales include:

The list goes on and on but I hope you get my meaning. Heck, the entire budget for the salaries of all its employees in some of these smaller chains is less than what those big retail markets spend on paper clips alone.

So no, they will never have the ability to match those giant’s pricing structures. So if the only thing that matters to you is saving a penny or two then no one can complain about losing another store. It all boils down to this; if you want to keep a store in your town then you have to use it. Who knows, maybe someday, you might have to drive a hundred miles to save that dollar.

This site uses Akismet to reduce spam. Learn how your comment data is processed.

“Beautiful creatures created by God aren’t easily fetched. If they are fetched, its not a coincidence, it’s the destiny that made us unite.” -Simran Totlani

A Little Writing Workshop of Horrors.

A mind full of illusions

do it your way.

Confessions of a Doctor to be
The unspoken

The Unspoken Words Worth Writing Down

My Thoughts My Prayers My World

Life in Copenhagen, Denmark, after moving during Covid-19.